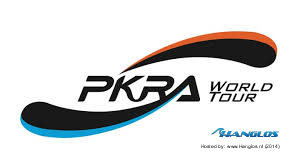 As you have probably heard already the PKRA is under new ownership. Therefore the PKRA is looking at 2015 as the start of a new era and a transition period during which the Kitesurf community will see first significant changes. The PKRA, which is in the process of enhancing the operational team and recently appointed a new CEO, will be focusing on ways to better engage fans and improve events. The target is to build awareness of the sport through global multi-media broadcast platforms and to tap into research on getting new fans and participants to turn them on to the sport. All of it is driven by the twin goals of preserving the heritage and culture of Kitesurfing while, at the same time, creating an even better foundation to grow our sport in the future.

The upcoming year will be a bit of an anomaly. Though the new ownership the events will still be run by the organizers – together with the support of the enhanced PKRA management team. We are keen on collaborating close with everybody at the events to better understand what we can do to make this sport better, make the events better, and make the fan experience better.

The health of the business must be based on a fan-centric philosophy with all our initiatives and efforts. Everything inside the business must have the fan at its centre from the standpoint of moving things forward. Our objective is to mature our relationship with the fans. That starts with understanding the DNA that makes individuals enjoy the sport: their likes and dislikes, where they engage with us across the board and where we can create connectivity between them and the athletes. Same time it must be assured that Kitesurfing is not only exposed to new fans, but also keeps the integrity of the sport intact.

In recent years, there has been a significant change in the way media is consumed. Online is as powerful as broadcast in traditional television. So we are interviewing broadcast and online partners to figure out the best way to deliver the experience globally. Our team moving from event to event will be married up with agencies, freelancers and producers that have worked with the PKRA in the past. IMG will team up with PKRA as the exclusive TV broadcaster for professional Kitesurfing in 2015, as part of long term agreement to showcase the sport's elite events. Together with IMG we are looking for global partners that allow us to manufacture massive reach on TV and online. The goal is to minimize any roadblocks that are currently deterring the general public from learning about, watching, and participating in Kitesurfing as a spectator sport. The technology behind these platforms needs to have the functionality to deliver attractive content and alert fans in all areas of the world to let them know when events are on.

From day one we are committed to do everything in our power to improve the overall experience for fans, athletes, organizers and partners. Of course, we still have a lot of work to do, but we are confident that we are heading in the right direction. We want to celebrate you athletes and highlight how this sport is certainly more exciting than other sports. A world class sport needs to be positioned properly and needs conditions that go along with that - everything from the event experience to the media exposure, to understanding the Kitesurfers as individuals and characterizing them properly.

All changes are set to deliver great media attention. Therewith not only the tour can profit but especially all athletes. Once the sport gets well know it will become a lot easier to attract sponsors. We want to increase the level of the tour so it can be the platform you can make a great living out of. Besides media, sponsors and price money, focus will be put to health and safety of as well. The sport we all love must take place alongside conditions which allow great attraction on safe surroundings.

We are happy to announce the first events for 2015. The season will start with the new qualifiers event. It will take place in Dakhla, Morocco from 18th until 22nd of March 2015. All sporting matters to the qualifiers event, the general qualifier system, etc. will be announced by Sami early 2015. We are happy to have the qualifier event in Dakhla not only because it is a great place with perfect conditions, but also because the first tour stop of 2015 will take place in Dakhla the week after. Therewith we are able to save a lot of costs for all of you since travelling can be optimized enormously.

As said, the first tour stop 2015 will take place in Dakhla, Morocco from 23rd until 29th of March 2015. It will start with the disciplines Freestyle, Wave and Big Air and it is a great pleasure to announce the new Price money which Dakhla will offer 2015:

Also we are working intensively on improving many sporting matters together with the technical/sporting committee (includes representatives of riders, industry and PKRA management). There will be announcements about all sporting developments, competition formats, judging systems/rules, etc. early 2015. We have learned a lot from the past and especially the latest events in 2014. The input from all of you has been taken into account. The technical/sporting committee will present the improvements for 2015 soon.

We know that there are many rumours out there at the moment. We hope you will give us the benefit of the doubt and that, over time, you will come to see many changes as positive for the sport we all love. At the end of the day, professional Kitesurfing’s DNA remains intact: the world’s best Kitesurfers in the world’s best competition - that will never change.

The new owners are planning to make significant investments. In the past, organizers paid for all the expenses of the tour through their contributions. In the future the tour aims to bring significant amounts of sponsorship on board. Further exclusive partnerships with media distribution companies will generate revenue to enable the tour to grow.

We would like to introduce the current owner and management team. There will be further developments and announcements soon. We are working heavily on contractual matters so we can approve the rumours about Richard Branson / Virgin to become shareholder of the tour officially soon. Meantime please find a brief overview about the current structure below:

Javier Pérez Dolset
Javier has developed his professional career in the tech industry although he is a passionate kite surfer. He is a serial entrepreneur and was the founder of TERRA, an internet service provider sold to Telefonica, creator of Commandos, the most sold video game in the world in 1998, creator of a CGI studio Ilion and the movie Planet 51, and now he runs ZED, the biggest mobile big data company in the world with offices in 80 countries and 520 million active customers every month. Javier invested in the PKRA because he believes that the World Tour offers enormous potential which needs to be exploited. Kiteboarding is one of the most spectacular sports that needs to become well known all over the world.

Mauricio Toscano
Mauricio founder and president of the PKRA, has been a main driving force in the development of kiteboarding competition over the last 15 years – and will be in future. His dedication and passion for the sport have made the PKRA the most prestigious kiteboarding events across the planet.

Sami Gali
Sami has been involved in water sports for many years. In the early and late 90s he competed in windsurfing at pro-am level and became Spanish National Champion. He also trained professional and junior competitors. In his active career Sami also achieved some national and international success in kiteboarding competitions, claiming the National Kite Racing Champion title and ranking 2nd in the PKRA Kite Racing World Tour.
From 2000 onwards Sami became more deeply involved in global kiteboarding competitions, as Race Director of the Red Bull Sky Ride and later Judge of the PKRA and finally became Head Judge and Vice President of the organization. In addition he is a member of the ISAF Windsurfing and Kiteboarding Committee. Sami is widely recognized and highly accepted as one of the key people in the kiteboarding scene. In addition Sami has a proven track record in the corporate world with years of experience as CEO, COO and CFO in different companies within the action sports industry.

Alexander Lorenz
The current management team with Mauricio Toscano and Sami Gali will be enriched by the new CEO of the tour: Alexander Lorenz. He is a proven leader with high event management skills, a sportive vision and the ability to bring people together. He has been head of marketing, sales and organisation of the DTM, the world's most popular touring car race series. For more than seven years he has been organising sport events with an average of 700.000 spectators per year and TV broadcasting in 150 countries, reaching billions of people. DTM stands for motorsport at highest level with premium brand partners (Audi, BMW and Mercedes-Benz). His experience in and vision for creating professional sport events will be used for developing the tour's spirit. Alexander will be a great asset to the management as the tour enters its next chapter of expansion and growth. Since many years Alexander is a keen Kitesurfer himself. With all the changes happening to the tour he saw the opportunity to combine his passion with his professional knowledge and experience. Together with the know-how of Mauricio and Sami, Alexander will be working on breakthrough developments, improvements and innovations in all fields. In collaboration with existing and new stakeholders the target is to understand needs and to create a healthy platform that enables the sport, its brands, athletes and locations to grow.

In addition the tour has appointed ACT AGENCY, organizer of the Kitesurf World Cup in St.Peter-Ording Germany to consult the new management team for the development of the tour. ACT AGENCY has created the biggest kiteboarding event in the world and is keen to share their knowledge and experience to push forward the developments of the tour.

The world of Kitesurfing is looking at the beginning of a new era and a major boost for the entire sports. With the new ownership and management structure Kiteboarding now has the solid foundation everyone was very much looking forward to for a long time to push the Kitesurfing sport to the next level.

Best wishes from all of us - we are looking forward to an exciting year 2015 together with you!